I tread lightly to fall directly into clichés that strike your imagination, but anyone who has worked in a large organization knows Gisèle, who works in accounting. Her tasks are multiple, from the input of accounting data, to paying suppliers, to following up with customers and taking a two-cream coffee during breaks.

She is a competent and proud woman, on whom the accounting of many companies rests. On every working day, she works to compile what is the basis of all the decisions that will be taken later thanks to the accounting: the data. It is through her work that we will know that we are collecting accounts that are receivable in 46 days, that our expenses in office expenses have exploded and that the Sales Manager is spending too much in alcohol at representation dinners. 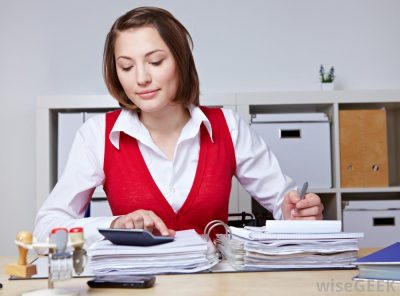 An idyllic representation of Gisèle

In companies, the organization of the data takes a considerable time, to the point that we can find in accounting departments from 4 to 5 Gisèle. Her job is to insure the lower floor of a pyramid that I often use to explain our intervention on a file. Here it is: Gisèle’s pyramid (the gag is for Giseh, for those who missed it)

Each of the floors is based on solid foundations of good accounting entries. It is an expensive job and of no immediate value, apart from its future use in the other floors of the pyramid. Generally, in terms of time, the larger the floor, more resources and time will be spent in these activities, regardless of their importance.

Obviously, the objective of an efficient accounting department is to reverse this pyramid. More time spent doing analysis, less to do data entry. This seems obvious, but the incentives to reverse the pyramid are contrary to the interests of the people who work there. Here is what they are asked to do: “An upside down pyramid! Aliens perhaps?”

Ask Gisèle to shoot herself in the foot with her broacher. However, the work of the accounting technician is on track, like most clerical trades, of disappearing for the benefit of the computer. Already, only for the small business, we are able to automate (or at least speed up) a lot of tasks at little cost. For Examples: As the picture above explains, Gisèle is on the verge of extinction. Her expertise and rigor, which make her the foundation stone of many organizations, will disappear in favor of the cold calculations of robots and the automation of processes. To remain relevant in the marketplace, she will increasingly need to showcase other skills, such as understanding systems and integrations, analytical skills, knowledge of the tax environment and ability to adapt To new realities. She will climb the floors of the pyramid, to delegate her former work to the computer. This also means that organizations will be able to do much more with less administrative support, therefore less cost.

Accounting is currently experiencing huge changes, like most industries that face computerization. The accountant should take it as a blessing, as a part of his trade disappears and he can concentrate on creating value for the company, not just be part of the mecanism.

Even better for him, because from afar, we only see the top of the pyramid.

(For the nostalgic: Xavier Caffeine – Gisèle)